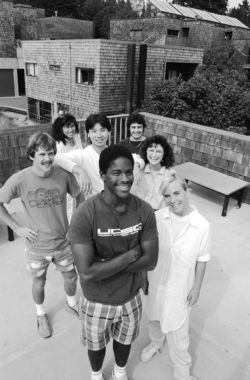 The University Library is excited to announce the establishment of a new Community Archiving Program. The Program will build on the foundation of the decades-old Regional History Project (RHP). Longtime Director of the RHP, Irene Reti has announced her plans to retire at the end of June and the Library has re-envisioned the Project to broaden its scope. The Library will soon be launching a national search for the newly created position of Community Archivist. The Community Archivist will continue to promote the method of oral history to capture the rich diversity of stories of the campus and region with a particular focus on reaching out to traditionally under-represented communities. The Community Archivist will partner with campus and community stakeholders to develop and facilitate oral history projects, serving as a resource to those interested in using the methodology in their own research or in documenting the history of their own communities. Additionally, the Community Archivist will seek out partnerships with community organizations and leaders to support the preservation of community history through other means, including, but not limited to the establishment of formal archival collections and public history projects.

Founded in 1963, the RHP has been instrumental in documenting the history of both the campus and the community and has served as a training ground for students and faculty in the field of oral history. Projects have included student-led oral histories documenting the aftermath of the 1989 Loma Prieta Earthquake and the impact of Covid-19 on the UCSC Community. The program has actively engaged with the local community since its inception, publishing oral histories on topics such as the history of agriculture on the Central Coast and working closely with other local history groups to provide guidance in developing their own oral history projects.

Reti has been part of the RHP since 1989 when she was hired as an editor. In 2004 she took over directorship of the project. Under her direction, the RHP produced over sixty oral histories, documenting the history of both the campus and Santa Cruz County. An accomplished oral historian, Reti herself conducted oral histories with such notable local and campus figures as Sam Farr, Donna Haraway and George Blumenthal. She also edited the compendium oral history volumes, Cultivating A Movement: An Oral History of Organic Farming and Sustainable Agriculture on California’s Central Coast and Out in the Redwoods: Documenting Gay, Lesbian, Bisexual, Transgender History at the University of California, Santa Cruz 1965-2003. In 2020, Reti, with co-authors Sarah Rabkin and Cameron Vanderscoff, published the first comprehensive history of UCSC, Seeds of Something Different: An Oral History of the University of California, Santa Cruz.

We thank Irene for her dedication and stalwart leadership of RHP over the past 17 years and are eager to see how the work of RHP continues to grow in this new chapter.